An assessment of the Italian market by Paolo Emilio Antognoli 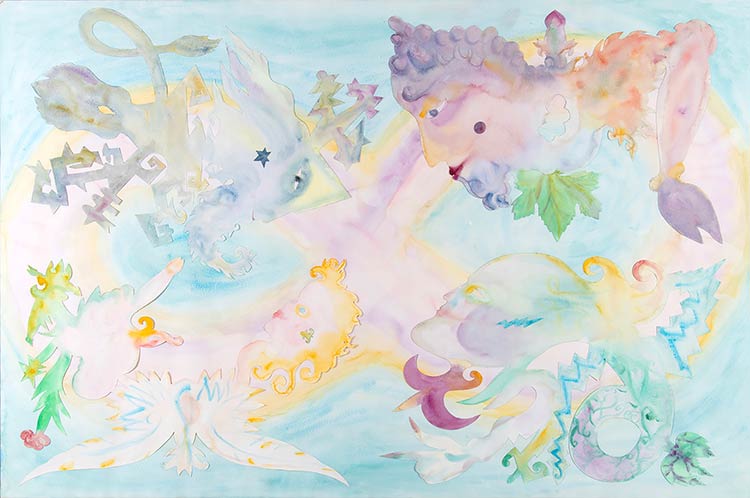 An assessment of the Italian market, new trends and a brief summary of the past decade by Paolo Emilio Antognoli

The year 2019 closed positively for the Italian art market. The nine major auctions of modern and contemporary art held in Italy in November and December 2019 registered sales amounting to around 34 million euros, as well as a relative rise in hammer prices.[1] Modern and contemporary art remain the two driving sectors. Recent years have also seen a renewed interest in early-Twentieth Century figurative art, rewarding works by great Twentieth Century masters from Morandi to Fontana and Burri – whose appreciation continue unabated.

The presence of international buyers was a decisive contributing factor towards this success in many cases, both with regards to antiques and in modern and contemporary art. Design was also highly sought after, with some auction houses registering as much as 70% of sales to international clients – largely from the United States and China.

Although in line with international market trends, these growth figures prompt reflection on the events which have unfolded and on changes currently taking place.

Over the past decade the Italian market has shown a rediscovery of forgotten masters. Following the 2008 financial crisis there has been a gradual reappraisal of works from the major artistic movements of the 1960s. The production of Enrico Castellani has been the spearhead ofthis positive trend for extra-flexed painting. Agostino Bonalumi, Paolo Scheggi and many other artists have also been swept up in the wave of interest which has engulfed this genre. This said, a key role in the positioning of Italian art on the international market has clearly been played by the Italian Sales, dominated by works by Manzoni, Fontana and Burri.

In recent years this section of the market has grown stagnant within Italy. The prices commanded by some of these artists have peaked to such a degree that there is simply not enough demand to match the offer, even though major names such as Castellani continue to be attractive for investors. Another positive rediscovery has been Pittura Analitica, which following a long period of obscurity has regained considerable appreciation over the past decade, exerting a positive influence on the European market – particularly in France and Germany. As a general rule the rediscovery market is in fact an international phenomenon. One such example is the strong interest which has developed around Kinetic Art from Europe and the Americas. It is also worth bearing in mind that the reappraisal of certain artistic currents from certain historical periods, such as the 1960s and ‘70s, isconditioned also by a generational interest for the past and is therefore derived from sociological factors.

For an overall picture it is also necessary to consider the many difficulties of the Italian market. On one hand fresh financial and geopolitical crises – Brexit and the rising threat of trade tariffs – have been the cause of unprecedented price volatility. On the other hand a cumbersome bureaucracy – including the issue of resale rights for artists, unfavorable tax policies, sluggish procedures for obtaining freedom of movement for works – presents a combination of factors which weigh heavily on the domestic market, where ultimately only auction houses manage to be competitive. Despite this, the potential for development in the luxury sector and the influx of new wealth from emerging countries present an extremely promising scenario. In order to make the most of the new opportunities on offer, operators will need to understand and adapt to evolving tastes as they are shaped by the changes underway.

Of all the transformations taking place, two are particularly significant: the arrival of emerging countries on the international market and the generational turnover. Very soon the so-called “millennials” (those born in the digital age, who have embraced change and onlinepurchasing sooner than other, still reluctant, age groups)will replace baby boomers (those born after WWII and into the 1960s)[2] as the new buyers. This generational turnover will bring with it a more unprejudiced approach to collecting, particularly concerning the arts of the Twentieth Century and contemporary art. Currently the driving sector is luxury goods, followed by design and living in the mid-century furnishings of the great Twentieth Century designers, as well as looking for new and safe investments in contemporary pieces. As far as Italian artists are concerned, figures such as Giuseppe Uncini, Salvo (due shortly at Barbara Gladstone’s in New York), Ettore Spalletti and Luigi Ontani are still excellent investment opportunities. Ontani, for example, ranked among the top lots in modern and contemporary art at the end of May 2019. One of his large-scale watercolors on paper, StagionEtà di qua e di là, from 1990, was sold at auction by Bertolami for €87,500. Artists such as Giulio Turcato also have excellent appreciation prospects, as do many others. Among the international artists, last December at Finartethere was a surprising level of interest for an oil painting by Georges Mathieu from the Ugo Tognazzi collection. It is therefore necessary to understand future trends in order to be in a position to exploit them, bearing in mind that understanding the art market is also key to making sensible investment choices.