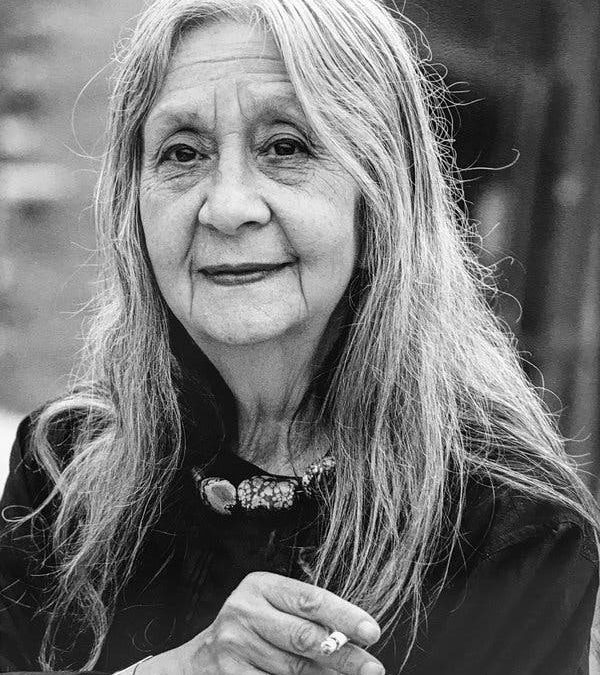 Marisa Merz was the only woman who took part in the Arte Povera movement. She was born in Turin in 1926 and died in 2019, and for many years she volun-tarily remained in the background as if leaving the floor in ancestral female defer-ence to her husband Mario Merz, with whom she formed an inseparable couple.

In her first appearances, in line with the dictates of Arte Povera, Marisa Merz produced mostly installations, using sensitive materials, energy transmitters such as copper and lead, or light, aerial objects such as a sort of aluminum clouds (Living sculptures, 1966), but in the last decades she returned to using more tradi-tional methods such as pastels or clay. The subjects of her works are mostly little heads, produced with feverish activity during sleepless nights. Of varying sizes, they are portraits of people close or wholly unknown to her, traced on paper with light colors or expressed as colored sculptures. A repetitive, constant activi-ty in which however each work achieves its own particular quality and delicacy.

It was precisely with the death of her husband in 2003 that Marisa Merz began gradually to obtain ever greater international recognition. Her works are present in the main world collections, from the Tate to the MoMA, and in 2013 she was assigned the Golden Lion for Lifetime Achievement at the Venice Biennale.

The cost of her works is still rather low in proportion to the increasing world critical acclaim she is now receiving. Not many of her works go up for auction; in any case in the last few years even simple graphite drawings on paper have man-aged to fetch over 200,000 euros.