The meeting between Basquiat and Warhol 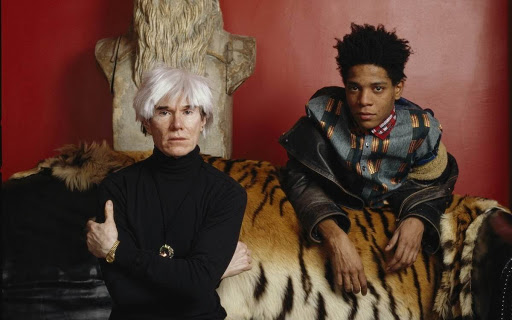 The meeting between Basquiat and Warhol

It is said that the young artist of Haitian origins, Jean-Michel Basquiat, earned his living selling postcards on which he intervened with his overflowing and powerful creativity. A postcard will change the course of his life.
One day entering a restaurant in Soho, Basquiat approaches Warhol, who, fascinated by these small jobs, decides to buy some. It is also possible to see a reconstruction of the anecdote in the film Basquiat, directed by Julian Schnabel.
Andy Warhol, certainly not known for generosity and altruism, will introduce that charming and mysterious young man into the world of art and galleries in New York.
In the mid-eighties the two artists will work together creating a series of extraordinary works and this collaboration will create an exhibition whose poster portrays the two as protagonists of a boxing match.